The Water Crisis in Ethiopia 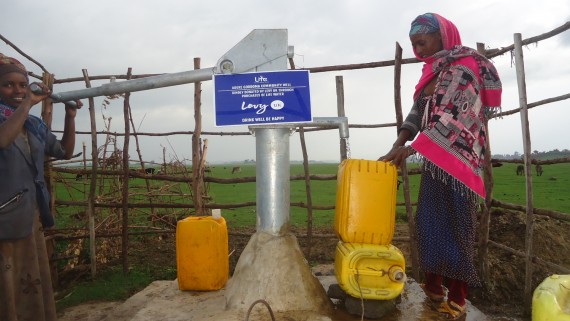 The Water Crisis in Ethiopia

Ethiopia is the oldest independent country in Africa, and is the second most populous with over 102 million people. The country has been lead to a humanitarian crisis after recurring droughts which has resulted in famine, food shortages and water-related diseases, causing malnutrition across the population.

The droughts have impacted the country’s food security, with many of their livestock dying and their crops depleting. Due to a lack of produce, the country has had to rely on importing food, which is leading to a rise in food prices which many are unable to afford. The lack of food security is damaging the economy, with a large percentage of the nation working within agriculture. These workers are being left with no food, or income, to provide for their families.

Due to water scarcity, sources are often dried up or contaminated with human or animal faeces, which leads to diseases such as Acute Watery Diarrhoea (AWD), which is one of the leading causes of death in children under 5 years old.

The droughts are also causing children to drop out of school because of the lack of food and water, as well as regularly having to assist in collecting water, which is often hours away. It is predominately girls that will leave school to assist in water collection, as most domestic chores are expected to be carried out by females within the family. This makes it much more likely for them to end up in early marriages, be at risk of domestic violence and continue living in poverty; unable to ever earn an income that gives them the choice or access to healthcare. The lack of young children receiving an education damages their own future opportunity, which can create a domino effect on the development of the country, with less of the population staying in school.

Many of the population are also being displaced due to the droughts, flooding, industrial development in areas and political conflict which is resulting in competitiveness for the resources that are available. Ethiopia is currently one of the largest refugee-hosting countries in Africa, and it needs more readily available and clean water sources in order to sustain the population.

The building of dams such as the Great Ethiopian Renaissance Dam (GERD) produces both positive and negative impact. While the use of hydro-electricity, flood management and overall development for Ethiopia proves constructive, it also causes displacement for rural communities and increases political tensions between riparian countries. It can also prove more positive for larger scale agricultural use, however does cut the supply for domestic use for those in need. While the dam fills it will reduce the water supply within the Nile, which may cause further dispute for countries downstream such as Egypt. When these water resources are not carefully managed it can lead to environmental damage and further political turmoil.

If you lay out all the issues, they create an interlinking epidemic of social, political and environmental problems. Water is needed for hydration, agriculture, food security, hygiene, sanitation and the health & well-being of the overall population. Drop4Drop are currently trialling clean water projects across Ethiopia to help fight the water crisis and give hope and opportunity back to the population. Follow our social media for future updates.