“Sunday Joice is a young visionary woman in Mugwo County, Yei River State. She is in the centre of town where the market is located. Sunday is 28 years old, married, and is the mother of three children. She has been in Mugwo since 2006 and remains there today. When Mugwo was faced with growing unrest in 2016, the people relocated to Kembe, approximately one and a half miles from the county headquarters. Courageously, she kept relocating as there was no functional borehole in Mugwo for surviving communities. People drank from open seasonal running water, which is highly exposed to contamination during rainy seasons. Right now, the population of Mugwo is rising, as internally displaced persons and those in refugee camps are returning home together. While the people of Mugwo are acknowledging the importance of peace, Sunday stated that water, health, and schools should also be restored. She was very excited about the presence of the repair crew who restored the County Headquarters water well where the community most benefits. Sunday also runs a local restaurant at Mugwo Market, opposite the Mugwo County Headquarters, and this is a source of income which enables her to pay her children’s school fees. Sunday is wholeheartedly applauding the supporters for this excellent service to her community, and she is expecting more broken water wells to be restored, especially in schools, health facilities, and market points. Peace has come. Let us give peace a chance so that peace allows service delivery to the communities in Mugwo and South Sudan at large.” 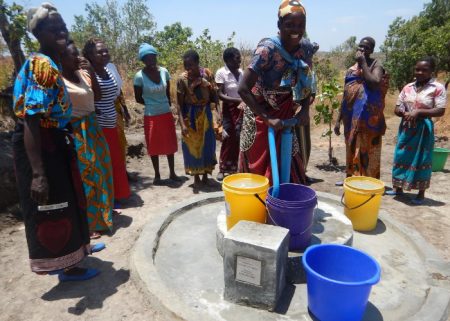 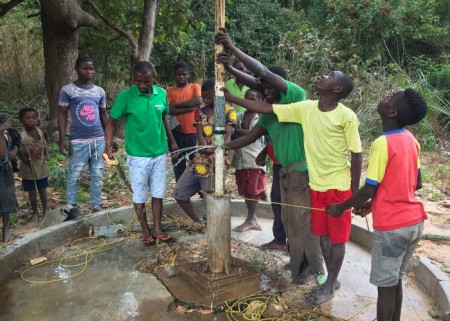 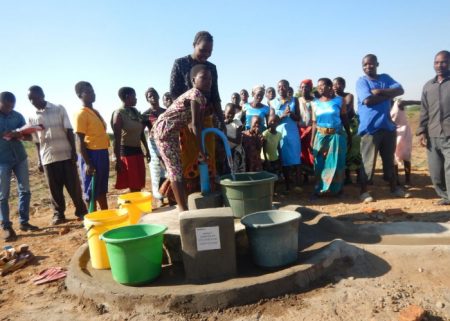 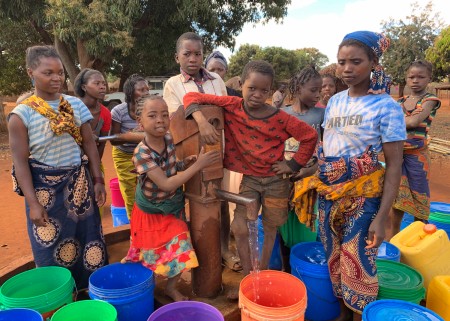