Case Study- S.Kumar, 13 years old. “Now I am able to attend my classes in right time. Prior to the installation of this well I was late to classes, because my mother spent a lot of her time bringing the water and so she cooks the food later. So I was late to school. But now my problem is solved, because the newly installed borewell is near to my home. It is convenient for our people to get water. Thanks to the donor of this hand pump well. The help is great. ” said Kumar. 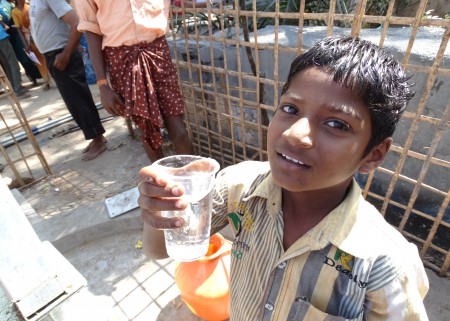 S.Kamer, A young male resident who spoke to us about his experience